When Neighbors Are A Real Buzzkill: Suing For Damages Over Destroyed Beehives 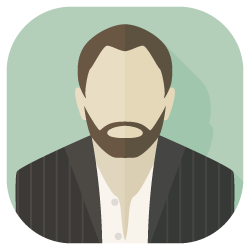 When Neighbors Are A Real Buzzkill: Suing For Damages Over Destroyed Beehives

There's a rising concern among environmentalists and nature-lovers over the declining honeybee population—as a result, there's been increased interest in urban beekeeping in many areas around the nation. Even major urban centers, like New York City, Denver, and Minneapolis, have repealed old laws that forbade beekeeping within city limits. However, not everyone is buzzing with joy over the change, which has led to some serious disputes and outright destruction of hives. If your urban beehives are destroyed by a neighbor, can you sue for your damages? This is what you should know.

You can file a lawsuit to recover for your losses.

It may be possible to recover your losses through a type of personal injury claim for the damage to your property and income (if you earned any from your hives). In order to determine the monetary value of your claim, you need to consider a number of different factors when adding up the damages:

If your damages total less than $5,000, you may want to try to handle the case through the small claim court. Anything larger, however, may require the services of an attorney, particularly if you're trying to establish substantial future income losses.

You may have an easier time than you think proving your case.

Ideally, security cameras were aimed at your hives and recording when the vandal was in the act of destroying them. If that wasn't the case, you'll have to find other evidence to support your allegations against the person you're suing.

Don't let the idea of proving your case without ironclad evidence intimidate you, however—in most civil cases, the standard of proof is fairly low. In order to win your case, you only have to show that the defendant is responsible by a "preponderance of the evidence." That means that the judge or jury only has to believe that the defendant is more likely than not responsible for the destruction. That's much less strict than a criminal court requires for proof.

A lot of circumstantial evidence might be available that could convince a judge or jury that the defendant is responsible for the destruction of your beehives, especially if you've had issues in the past with a specific neighbor that's taken exception to your beekeeping activities. Previous complaints against your hives and a history of threats could all be considered evidence in civil court that supports your belief about who is responsible.

If your beehives are damaged in an act of vandalism and you believe that you know who is responsible. talk to a personal injury attorney (like those at Gartner Law Firm) about the possibility of a case.